The MIND GOVERNS A BEAUTIFUL OUTLOOK 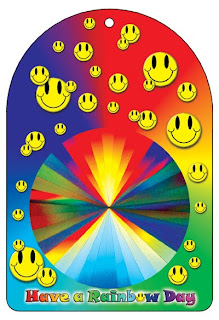 LONGEVITY seems to be a popular topic today. With women living longer than ever before concerns about maintaining a beautiful outlook dominate their advancing years. There's not reason to be concerned about longevitiy because a very interesting philosophy found in the Cayce reading assures that physical aging is less biological than a result of mental forces putting stress on the body that is aging in nature. Mind over matter takes inspiration from the question posed to Cayce. When asked, "How can people avoid aging in appearance?" Cayce's spontaneous response was, "The Mind!" (1947-4).
That reminds me of my Armenian friend Helene who had the distinct feature of natural dark circles under her eyes. However, you would never have noticed it, if you spoke to her , because of her bright and cheerful personality engaged anyone's attention so the shadows seemingly disappeared, or rather one wasn't prone to noticing them.
If you allow anger, or harbor resentful thoughts or let lingering worries dominate your thoughts, it all comes out on your face. Negative thought patterns like, "I'm going to get sick," or "I'm late for a meeting and will lose my job," are not the kind of worry that will help you solve problems. Just look in the mirror and see how much these gloomy expressions reflect anxiety on your face. Put a positive spin on your thoughts like, "I'm the picture of health," and "I'm late, but I'll call the office and let them know I'm on my way." As you regain composure and confidence you'll quickly realize how important it is to pay attention to your positive thoughts.
I remember a girlfriend who was so angry at the "man who got away," that her negative thought pattern ate away at her youthful beauty. The only one she was hurting was herself and it was not until, after some wise counsel, that she realized this fact and began to put a postive take on the situation. She began to give thanks that she was still young and realized that love was postponed but not denied. Once she switched to positive realization her face took on its happy contenance, for the mind rules over the matter of most any situation.
Cayce recommended, "The mental attitude towards conditions about self and relationships towards others should be kept in a positive manner, or in an activity of continuity of energy in a creative and not destructive manner." (257-63)
Alas, it seems to me that the power of positive thinking is the golden key to longevity,. You'd be surprised how happy you can look when your thoughts focus on the brighter aspect of conditions, and you look for the better characteristics in other people, and world conditions. Remember when Cayce was asked, "How can people avoid aging in appearance? He answered, "The Mind!"
Posted by Polly Guerin at 12:42 PM