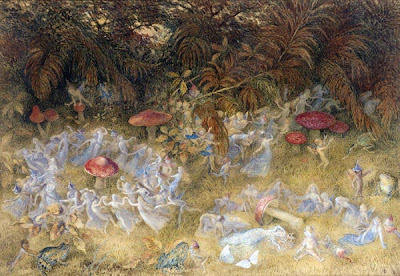 Seeing is believing, but what about expanding your senses to seeing what is often invisible? Since early childhood Edgar Cayce, the great American psychic, could see fairies, sprites, angels and invisible friends. As a child, he thought that everyone could see these figures. He was not alone in the wonder of childhood discovery. Much to the surprise of some parents they are amazed when they realize that their child has an invisible, imaginary friend. I remember a little girl, the daughter of a friend, who enjoyed the presence of an imaginary playmate. She sat in a chair opposite her invisible companion and conversed animatedly with total disregard for any adult present. Sometimes children develop these insights due to being an only child who is left to its own entertainments. Others through the innocence of their childhood have expanded their senses to seeing what is invisible.
SPIRIT ENCOUNTERS
Angels have fared a lot better throughout history and in the tales by the Brothers Grimm and Victorian artists. The evolution of the fairytale continues today and people relate to these invisible guardians embracing angel reality as their own. Angel protectors have become popular while angel motifs proliferate in art, literature, advertising and even fashion. Ghosts have also had their day permeating folklore for centuries and reappearing today in Civil War Re-enactment sites and other historical places. However, what about the fairies, brownies, elves, pixies and sprites? There has been considerable testament to the existence of the invisible visitors. Call them playmates, confidants, loyal friend, but the fascination to connect with these unseen spirits appeals to the child in every adult. Brownies for one are good natured Goblins who perform helpful services at night while Fairies have magical powers and Pixies are a cheerful mischievous sprite. Consider this. “Have we become so myopic that we are unable to connect with the magical world of child-like imagination and to see beyond to what is often invisible?”
GARDEN VARIETY
Edgar Cayce recalls playing in his mother’s garden, “One afternoon my mother came down the garden walk calling to me. My playmate (who appeared to me to be about the same size as myself) was with me. It had never occurred to me that he was not ‘real,” or that he wasn’t one of the neighbors’ children, until my mother spoke and asked me my playmate’s name. I turned to ask him but he disappeared. For a time this disturbed my mother, but this changed considerably when we moved and I later had two favorite places where I played with these unseen people.” With these playmates I gathered colored glass, beautifully colored leaves and things of that nature. What disturbed me was that I didn’t know there they (the playmates) came from or why they retreated when some of my family approached.” This question comes to mind. Could it be that the wee folk, those fairy friends depart as soon as an unbeliever, an adult, comes into their presence, and thereby the magical spell is broken?
FAIRY DWELLINGS
I remember visiting Monhegan Island in coastal Maine, where walking along lobster-trap-lined lanes through the jumble of village houses, to the scrambling over craggy shores brought me to the magnificent spruce-clad woods. There I discovered tiny fairy dwellings in the "Cathedral Woods," which captivated my imagination, as did the sea glass and the legendary folklore of fairy spirits. An island tradition, these tiny whimsical houses constructed of found woodland objects were made by children in the forest to encourage their imagination and belief in the unseen. As for the colorful sea glass that had washed up on the beaches from distant lands, they came with extraordinary stories told by an old sea captain who captivated the attention of children and adults alike. He was a magical storyteller, a weaver of the strange charm of elves and ghostly stories.
CAYCE'S COMMENT
Later in life when Cayce was asked during one of his psychic readings to explain fairies, he answered: “Brownies, pixies, fairies, gnomes are not elementals, but elements that are as definite entities as man materialized.” (EC 1265-3) He further stated that the fairies and those other whimsical forms are only seen by those who are attuned to the infinite. (EC 2547-1).
"Rare as they may seem these unseen elements of nature continue to titillate our senses and evoke the mystery of believing in magical possibilities," PG.
*Inspired by John Van Auken’s article in the Edgar Cayce’s A.R.E. membership newsletter Jan. 2010.
Posted by Polly Guerin at 3:09 PM