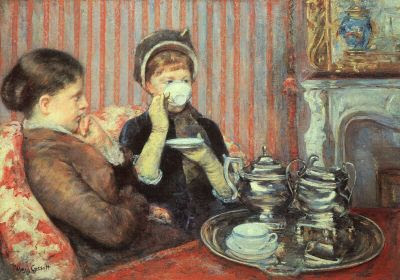 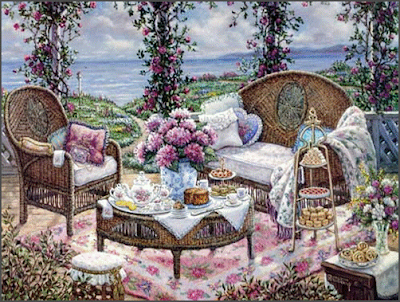 TONIC IN A TEACUP ©
By Polly Guerin

Tea in the afternoon, tea parties, tea anytime may be a popular pastime but besides the comfort factor lies the many health benefits that drinking tea can provide. Plucked from Mother Nature’s tea garden tea not only quenches thirst, but it encourages friendship and conversation. Most significantly tea can be health promoting. Folk medicine, for example, has long valued tea for sore throats and upset stomachs. However, most people are not aware of which teas are the most beneficial. However, all teas are not created equal.
GREEN TEA IS SUPREME
A host of ailments appear to benefit positively from drinking green tea. Some studies have proven results but many health benefits are attributed to ancient folk lore and common sense. According to modern day researchers antimicrobial molecules contained in green tea helps to preserve teeth, but here’s the catch, as long as you don’t add sugar. Green tea could protect against common eye diseases like glaucoma, but assuredly the brew adds sparkle not only to the day but to your eyes. Depression may need medical attention, but regular exercise and drinking green tea creates the serenity, an oasis of calm that deflects negativity.
INSOMNIA BUSTER
One of the best is chamomile tea which has long been recognized by traditional herbalists as a harmless sedative. In laboratory tests patients were relieved of anxiety and fell into a deep slumber short after drinking chamomile tea. If you have insomnia, drinking herbal tea is not a magic potion. You cannot count on tea alone to induce sleep. The right kind of exercise can also aid the sleep process. It doesn’t mean that you have to exercise before retiring, but a good walk after dinner will be beneficial as well exercise done earlier in the day. Peppermint tea's brisk aroma and stimulating taste make it a fine hot beverage to soothe the stomach and even counteract headaches.
SCENTED TEAS
It’s a pleasant sensory pleasure to smell the aroma of brewed tea laced with spices, but here’s the catch, is the spiced tea real or is the scent sprayed on? Look at the label and the ingredients on spiced tea. It should contain pieces of actual spices like cinnamon or nutmeg, orange or lemon peel. That would be a genuine brew to satisfy your olfactory senses and at the same time provide soothing health benefits. Tea tastes vary; one tea enthusiast squirts lemon in her cup but may cringe at the sight of another pouring milk or honey. Don’t make this issue be a ‘tempest in a teacup,’ over nothing but preference. Just drink your tea and be satisfied.
A BRIEF TEA HISTORY
The birth of tea was quite a serendipitous event. Legend has it that one day in 2737 B.C. the Chinese Emperor Shen Nung was boiling water and some leaves from a nearby Camellia sinensis plant floated into the pot. When the emperor drank the brew he declared the potion he unwitting had brewed that day as tea. The incarnation of the tea bag was equally serendipitous when a Boston tea merchant (1900-05) began sending samples of tea in small silk bags to customers to try. And you know what happened next, the convenient little sacks of tea came to dominate the tea market. Iced tea made its debut in 1904 at the Louisiana State Purchase Exposition in St. Louis, Mo when the Far East Tea House couldn’t attract fair goers. After some quick witted person poured the hot tea over ice cubes, iced tea saved the day and is one of summer’s popular beverages.
TEA TIME TRIVIA
Our vocabulary is full of tea time trivia; a teacup full for one and how about ‘a tempest in a teacup’ an uproar about little or nothing. Drinking tea has also spurned a host of likely products from tea carts, to an elegant silver or chinaware tea service, the tea caddy, tea cozy, tea towels, tea cakes, tea biscuits, and social events like a tea party, a tea dance, a tea ball. But most of all let’s consider taking a ‘tea break,’ in the morning or afternoon to grant us an intermission from work and to savor tea’s delicious qualities and health benefits.
Posted by Polly Guerin at 7:49 AM