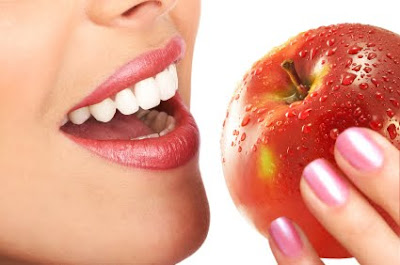 It’s party time and the holidays mean that most of us over indulge in eating and drinking libations far more than we usually do, which puts stress on our bodies and minds. When relief is sought from eating excesses perhaps it is time to de-tox and do some internal cleansing. As Edgar Cayce said, “For every one---everybody—should take an internal bath occasionally as well as an external one. They would all be better off if they would. (440-2) There may not be any miracle cure, but a good cleansing routine will do wonders to rejuvenate and restore one’s enjoyment of the season.
APPLE CLEANSING PROGRAM
An apple a day may keep the doctor away, but the apple cleansing regime is an easy way to start a therapeutic program right now or even after the holidays. Cayce advised: “We would use first the apple diet to purify the system; that is, for three days eat nothing but raw apples of the Jonathan variety. The Jonathan is usually grown farther north than the Delicious, but these are the same variety, but eat some. You may drink coffee if you desire, but do not put milk or cream in it, especially, while you are taking the apples. At the end of the third day, the next morning take about two tablespoonful of Olive Oil. (780-12)
A MIRACLE THERAPY
The “Edgar Cayce Handbook for Health Through Drugless Therapy” cautions that although the apple cleansing regime is recommended to cleanse all toxic forces from your system, like any other holistic program anyone who decides to try it should first check with their doctor. Consulting a Caycean trained physician first is especially important if you simply cannot handle eating apples, and another regime may be recommended. However, since most people are toxic, a good cleansing routine is the first step toward improving your healthy outlook. If you are in reasonably good health, the detoxification will bring about an almost euphoric feeling of well-being and provide an inexpensive and effective insurance against disease. The most important element about the apple regime is that the apples should be “organic’ and free of chemicals.
INTERNAL CLEANSING BENEFITS
Internal cleansing plays a vital role in general health and well being, in longevity, beauty and sexual vigor and just the sheer joy of living alert and physically rejuvenated. However, the apple regime is not the only factor in the cleansing and therapeutic process. You must be determined and consistent and not break the regime for a mere three days of apple intake and watch how the detoxification makes your eyes become much brighter and your skin take on a fresh glow.
RESTORE HEALTH, BEAUTY, SEXUAL VIGOR, ENCOURAGE LONGEVEITY, RESTORE THE SHEER JOY OF LIVING ALERT AND PHYSICALLY REJUVENATED.