SMILING MAY SAVE YOUR LIFE (c) By Polly Guerin 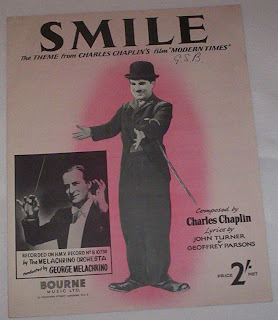 “Smile Though Your Heart is Aching, Light Up Your Face with Gladness” As the refrain laments, frequent smiling may even lengthen your life. Yes, smiling can be good for your health, but it has to come naturally or with practice become a daily ritual. Why? Because a smile brings certain benefits; with each and every broad smile you give to each day's encounter your stress zone calms down. What’s more, in social situations smiling is one of the easiest ways to win over new acquaintances who will perceive your personality as one who is friendly and open to conversation. When it comes to greeting and meeting business associates a polite smile, even in the board room, can give you the upper hand and open up the discussion. A full smile uses the muscles around the mouth and eyes and that is good news because the more you engage in a full smile and happier you will be for it.

IT’S HARD TO SMILE FEELING BLUE yet, with practice you can conjure up a smile and feel the clouds of sadness or melancholia soften and disappear. However, you have to evoke a genuine full smile to get full benefits. The face like any other part of the body is made up of bones, blood vessels, connective tissue, fat, nerves and voluntary muscles (twenty-six). If the muscles of the body can be brought back to tone, so can the muscles of the face and by the same means: smiling and exercise. Of course, positive thinking is another factor that can be reflected in your face. One expert claims that blowing up balloons and making faces can tone the face. For starters, try on a full smile, commonly referred to as a Duchenne smile, after the 19th century French neurologist who first described it, which activates major muscles around the eyes and mouth.

WHO WROTE THE LYRICS? Most people are surprised to learn that the music to this favorite was written by the legendary silent film star Charlie Chaplin, whose “Little Tramp” character is one of the all time enduring images of the silent film era. DA Jack Hayford, editor of the popular music reference website, Events-in-Music said, “Chaplin wrote the theme music for his silent film, Modern Times, released in 1936. But the song did not become known as “Smile” until lyrics were added by John Turner and Geoffrey Parsons in 1954. It took off and reached the #10 spot on the Billboard charts the same year when it was recorded by Nat King Cole. “Smile” has been recorded and released countless times, including Tony Bennett/Barbra Streisand collaboration on Bennett’s 2006 Duets album.”

SO LIGHTEN UP YOUR FACE WITH GLADNESS. REMEMBER PEOPLE WHO SMILE MORE NOT ONLY UPLIFT THEIR LIFE WITH GREATER HAPPINESS THEIR SMILE TENDS TO HAVE A REAL POSITIVE IMPACT ON OTHER PEOPLE.