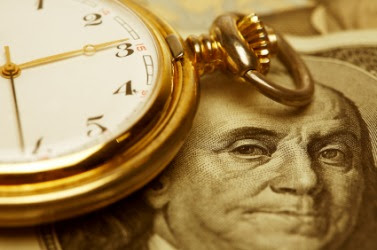 If you’re yearning to get an extra hour of sleep this Sunday, November 7, 2010 marks the end of daylight savings time when you set your clock back one hour. In this way we take an hour of daylight from the end of the day and give it to the morning. You’ll get an extra hour of sleep Sunday, but the days will seem shorter. Some experts say it’s to save energy and heat, but Daylight Savings Time (DST) wasn’t always a popular concept and surprisingly the United States was one of the last countries to adopt it. Why? Because it was difficult to get every state to agree on exactly how we should go about doing DST. However, the old adage reminds us to “spring forward, fall back,” because come spring we set out clocks forward to shift that hour of light to the end of the day. Society’s need for ‘more’ or ‘less’ daylight at certain times of the year has its roots in ancient concepts.
WHO INVENTED DAYLIGHT SAVINGS TIME?
It’s actually an old idea and has been around since the 1780s. Thank one of our founder fathers for coming up with the idea. In 1784, while Benjamin Franklin was serving as the American Ambassador to France he wrote an essay entitled, “An Economical Project,” in which he proposed the concept because he could not imagine that the Parisians would still be using candlelight at night if they knew they could get sunlight in the morning free. It is also the basis for the practice proposed by George Vernon Hudson, who in 1895 presented a paper to the Wellington Philosophical Society, proposing two-hour time shift that would extend daylight hours later into the evening. The idea took on a more serious tone in 1907, when British Builder William Willett published, “The Waste of Daylight.”
THE U.S ESTABLISHES DST
Needless to say the United States was a vast country in 1918 and it was a challenge to coordinate the states so the U.S. Government established standard time zones across the country and set the parameters for Daylight Savings Time to make the days longer and therefore increase productivity during the World War I. President Franklin Delano Roosevelt took a similar stand on DST and put into effect year-round, a “War Time,” mandate to augment significant energy savings.
ENACTING LEGAL MEASURES
Daylight savings Time across the country became very confusing with different cities and states practicing DST, or not. To put a concise spin on DST in 1966, Congress passed The Uniform Time Act, establishing daylight savings time between April and October. Congress revised the law in 1972 and again in 1986, then the law was amended, moving the beginning of daylight savings time to the first Sunday in April. The Energy Policy act of 2005 once again changed DST, this time extending daylight savings time by four weeks. In fact, the most recent DST-regulated legislations went into effect in 2007, which extended daylight savings time from Mid-March through the first week of November.
LET’S THANK BENJAMIN FRANKLIN FOR HIS KEEN OBSERVATION AND FOR PROPOSING THE IDEA THAT WOULD BECOME DAYLIGHT SAVINGS TIME AND GEORGE VERNON HUDSON, WHO INVENTED IT AND WILLIAM WILLETT WHO FOUGHT FOR IT.
Posted by Polly Guerin at 8:53 AM