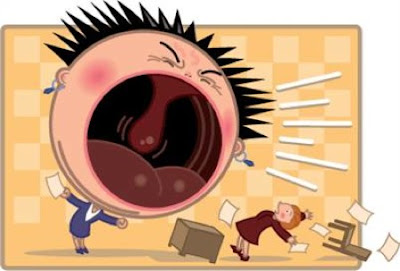 Everyone has problems and needs support sometimes, that’s why good friends listen and offer counsel, solace or confirmation. However, some people just don’t know when to draw the line and become social vampires draining your patience and leaving you exhausted. If a friend demands attention, time and support without regard to your own life they’re being abusive and the friendship is heading for a showdown. Some so called friends use the friendship as a sounding board for their deep rooted anxieties and problems of such a personal nature that you feel like you’ve become an involuntary full time counselor. As Fred Astaire said to Ginger Rogers in one of those romantic comedies. “Let’s call the whole thing off.
REGOGNIZING TOXIC TYPES
You may wonder how you ever became involved in the first place, but it can happen so fast you don’t realize that you’re dealing with a narcissistic, financially irresponsible, selfish or whiny individual. It’s easy to be drawn in by a toxic person because by nature you’re a good listener, but now is the time to cut the ties that bind. Detaching yourself from people and situations that are not good for you is necessary to preserve your own mental health and well being.
THE NARCISSIST
It’s all about “them” and you never get a chance to get a word in edge wise. Even if you try to inject a comment your words are ridden over as unheard as the narcissist drones about every itsy bitsy news about their ills, their uninteresting life and friends who you do not know, nor do you care to know, and a sundry laundry list of self-absorbed topics. The narcissist never concludes with an inquiry into your life, they’re only interested in dumping on anyone who will listen. Do not ever return a phone call to such a person and put a safety net around yourself and banish such a person from your life permanently.
THE COMPLAINER
No matter what you say the complainer never seems to look on the positive side of any situation. They always seem to overreact. Instead they find the negative point of view in every aspect of their life. Unfortunately their constant pessimism can distract you from your positive affirmation and infect your usual sunny personality. Perhaps you need to let the complainer down gently and say, “I know you must have some valued reasons to complain, but I am not qualified and you really should try to speak to a professional counselor to resolve these issues.” Don’t ever return this person’s phone call and if they do trap you don’t answer the phone or answer an email.
THE SELF -APPOINTED CRITIC
The self-appointed authoritative critic has something to say on just about everything and everyone. Whether it’s the way you dress, manage your lifestyle or how you raise your children this self-appointed critic has the quintessential answer and it isn’t pleasant. Often this critic is a family member and manages to cast a pale over any gathering. The critic may say things that are hurtful and sometimes damaging: “Are you sure that’s the right hairstyle for you?” Or “Did you know that Fran and Joe are having financial difficulties.” It’s not so easy to rid yourself of the home-style critic but you can take steps to stop them in their tracks and say, “It’s impolite to say such things, please do not do so in the future?” You may leave them speechless, but they’ve been warned.
THE DREAM SQUELCHER
Everyone needs support, encouragement and enthusiasm, but the dream squelcher can be the worst kind of so-called friend. They never seem to relish anyone’s achievements. They are mum on compliments. Worst the dream squelcher can never bring themselves up a notch to champion your new ideas or dreams of creating something new, changing jobs, moving on to a new adventure. In other words, they are so hideously jealous of anyone’s success they’d just don’t have it in them to rally up with compliments or praise. Steer clear of such an individual, don’t share your joy with them, and refuse all invitations. Worst their negativity can put the flames of your passionate dreams out permanently.
EXERCISE FOR HEALTH
Exercise is often recommended to relieve tension caused by toxic people. Edgar Cayce in one of his readings recommended, “A general exercise, but as stipulated a great deal of exercise would be given to the body, that makes for a better balancing in the system. The better is walking or rowing.” (3374-1)
PERHAPS YOU CANNOT CHANGE A TOXIC PERSON’S BEHAVIOR BUT THE GOOD NEWS IS THAT YOU CAN CHANGE YOUR OWN AND FIND A WAY TO LESSEN THAT PERSON’S PRESENCE IN YOUR LIFE.
Posted by Polly Guerin at 7:59 AM